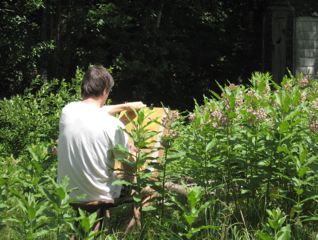 Being raised along the water was an important element of his childhood, and the ocean continues to be a major aspect of his art -whether it be coastal New England or tropical seas.  Over the course of several recent winters, he has painted along the Caribbean coast of Central American and Belize in particular. Traveling for months at a time in his own motorized dugout canoe, he visited islands and fishing camps along the Belizean Barrier Reef.  The Garifuna fishermen - an interesting mixture of African and Carib Indian blood and culture - that he met on his travels are often found in his work. 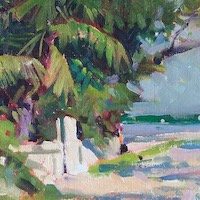 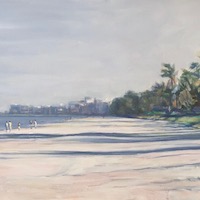 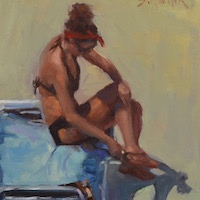 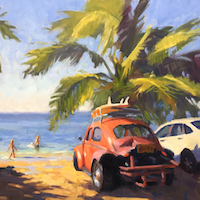