Edward Minoff was born and raised in New York City. At a young age he became captivated by the work of the Italian Renaissance, particularly drawn to the studies of Michelangelo and Da Vinci. He soon began spending summers and evenings studying at the Art Students League of New York, and The National Academy School of Design. He attended Vassar College and graduated with honors from NYU's Tisch School of the Arts. He began his career in animation working for the l acclaimed work for MTV, Nickelodeon, SNL, The Cartoon Network, and

Disney among others, through a company he co- founded, AMPnyc Animation. While starting his animation house

he simultaneously began to study with the renowned painter, Jacob Collins, as a founding member of The Water Street Atelier in Brooklyn, NY. When he eventually decided that he had to devote himself entirely to painting, he moved to Italy and spent a year studying at the Florence Academy of Art, living outside of the city in Caldine.

He has been in numerous group and solo shows at prestigious galleries and museums around the country and beyond, including the Forbes Magazine Galleries in NYC, The Fort Wayne Museum of Art, The New Britain Museum, The Butler Institute, and The World Art Museum in Beijing, China. His work has been featured in numerous publications including American Artist Magazine, American Art Collector, The New Criterion, American Arts Quarterly, Fine Art Connoisseur, and the books "Classical Painting Atelier" and "Classical Drawing Atelier" by Juliette Aristides. He is a sought after teacher, instructing at Columbia University, The Grand Central Atelier, and The Hudson River Fellowship, of which he is also a co-founder. He is also the co-creater and co-host of the successful “Suggested Donation Podcast" which is featured in the iTunes Store and presents long-form conversations with artists and other creative people. While his work features a diversity of subjects including figure, portrait, still-life, interior and landscape, he has become well-known for his paintings of the ocean, for which he employs a unique process. He produces numerous sketches (both pencil and oil) along with copious notes attempting to dissect the anatomy of water and waves: His seascapes are an attempt to apply the High-Renaissance approach employed by his early heroes to his subject, the sea. His final, larger paintings are created in his studio as a reassembling of components of his various sketches to create a coherent. 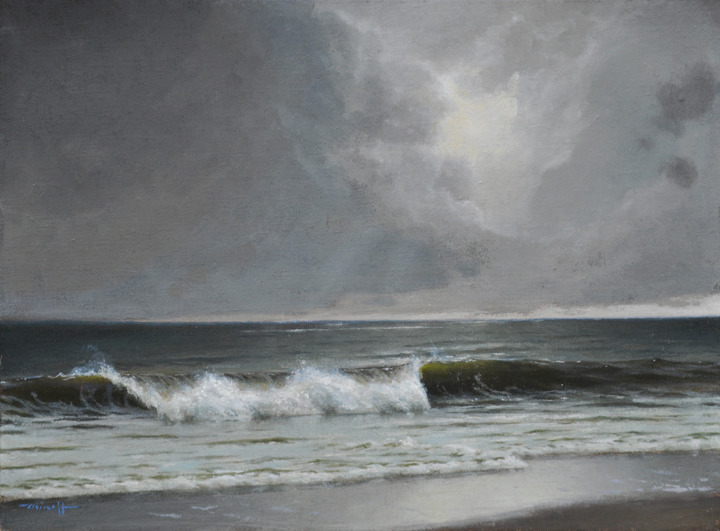 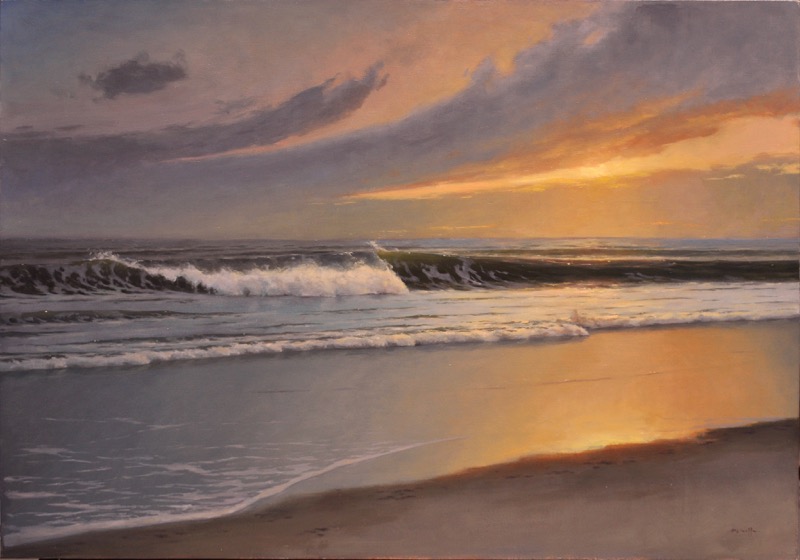